John Evans in an agricultural researcher in Alaska, he farms organic vegetables on his property. He grows the vegetables using only compost tea and water treated with the Vortex Water Revitalizer. Over the years he has experienced countless positive changes to his vegetables, garden, farm and even his sewage system. John has documented much of the growth and transformations his crops have undergone during the growing seasons.

Listed below are some of the changes John has experienced with the use of the Vortex Water Revitalizer: 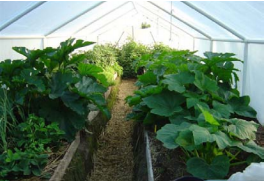 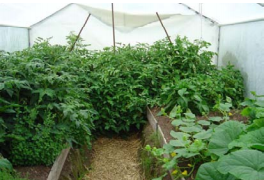 The image displayed to the left is one of John’s greenhouses on June 25; he is growing zucchini and tomatoes. The image to the right is of the same greenhouse on July 17, only 22 days later and the increase of growth is substantial in such a short period of time. He used absolutely no fertilizers or harmful chemicals or pesticides.

John began harvesting beefsteak tomatoes on July 10. ”This sets a record for Alaska, as well as many other States for being this early.“ 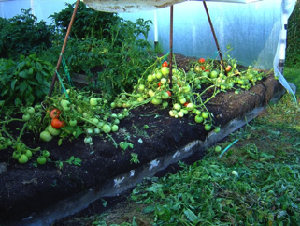 This image displayed above is of the same tomato plant shown at the back of the greenhouse in the images shown above. There are 105 tomatoes on one plant. John removed the leaves, a technique he uses to ripen the tomatoes during the short season in Alaska. This photo was taken on August 2, with one month still left in the growing season. 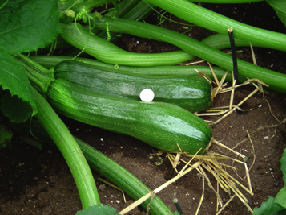 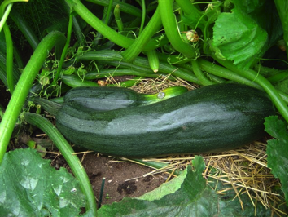 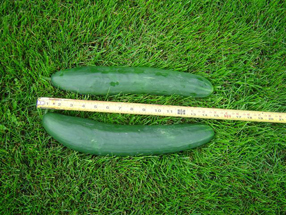 ”Here are a pair of ordinary cucumbers that would usually grow a maximum of 8 inches. As you can see one is just under 15 inches.

So far we have harvested over a dozen, all of which average 14 inches in length.“– John Evans 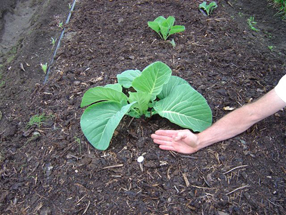 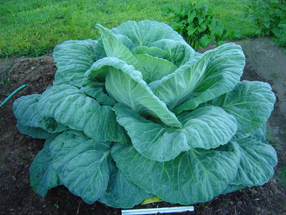 No fertilizers or chemicals were used to grow this cabbage or any of the other vegetables at John Evans’ farm. 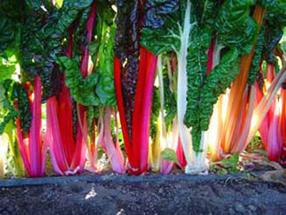 ”This patch of Swiss chard is truly spectacular! We just picked the biggest ones (4-5 feet high), these ones are about 3 feet high.“– John Evans 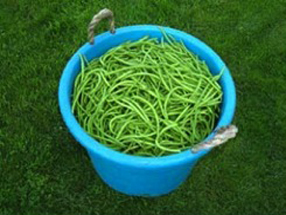 ”This is an 18 gallon tub, filled to the top with beans from a 55-foot row that produced over 80 pounds! I have never got this kind of production in previous years, even with the Humus tea. I can only say that your Revitalizer has done more to the garden than I ever though possible.“